Toronto, Ontario--(Newsfile Corp. - August 5, 2020) - Pasofino Gold Limited (TSXV: VEIN) ("Pasofino" the "Company") is pleased to announce the delivery of updated Mineral Resource estimates for the Tuzon deposit ('Tuzon') and the Dugbe F deposit ('Dugbe F') located on the Dugbe Gold Project ('the Project') in Liberia. The project is owned by Hummingbird Resources Limited (Hummingbird). Pasofino, through its recently announced proposed acquisition of ARX Resources Limited (the "Acquisition"), will upon completion of such acquisition, have an option to earn a 49% economic interest (net of the Government of Liberia's carried interest) in the Project. The updated Mineral Resource estimates are a key step for the Company towards the target of delivering a multi-million ounce gold producing operation.

Ian Stalker ARX's CEO, and post completion of the Acquisition, the Company's CEO of Africa Operations commented, "A very positive start to the work on our Liberian gold project. We have closed in on the required scale of Indicated resources to potentially support production of up to 250,000 ounces per year for our planned DFS, and we have identified where additional ounces are expected to be found. Tuzon and Dugbe F are both 'open' on strike and there are a wealth of targets that require drilling. Our task is now to implement the exploration programme which will be conducted concurrently with a feasibility study which is planned to be completed during the second half 2021."

SRK Consulting (UK) Limited ('SRK') have updated the estimate for the Tuzon deposit by applying a USD$1700 pit shell to define an Indicated Mineral Resource of 41.9 Mt with an average grade of 1.51 g/t Au. The previous estimate (dated 5 March 2014) used US$1500 gold price for the pit shell, but the increase in gold price is balanced by the increase in operating costs; as a result the resources are not materially changed from the 2014 estimate (a difference of only 5 thousand Oz). No additional exploration data was acquired since the previous estimate. The deposit is hosted by an overturned fold which results in thick and repeated mineralized layers (as illustrated in figure 1) with good continuity of grade above 1 g/t. The northern two-thirds of the deposit (approximately 900 m) 'crops-out' at surface.

The updated Mineral Resource estimate was completed by CSA Global (South Africa) Pty Limited ('CSA') and was also constrained by a pit shell based on a gold price of US$1700. The pit shell is required for determination of 'reasonable prospects for eventual economic extraction' (RPEEE), based on conceptual mining and cost inputs.

The previous estimate by Wardell Armstrong International was 43 Mt grading 1.28 g/t Au all within the Inferred category and reported without application of a pit shell. The updated estimate is an improvement on this in terms of classification and grade. The increased grade compared to the previous estimate reflects more constrained modelling of the mineralized envelope. The new estimate is based on 333 drillholes completed by Hummingbird between 2009 and 2014, of which 53 holes were drilled after the previous estimate[1]. CSA used ordinary kriging to estimate grade into blocks of 40 x 40 x 5 m. A 5% loss was applied to the estimate to reflect the expected occurrence of barren pegmatite dykes.

The Inferred Mineral resource at Dugbe F has an average grade of 1.57 g/t. It is reasonably expected that the majority of this could be upgraded to Indicated Mineral Resources with continued exploration. The Company aims to infill drill this during the coming dry season. Between 80 and 100 holes are planned. 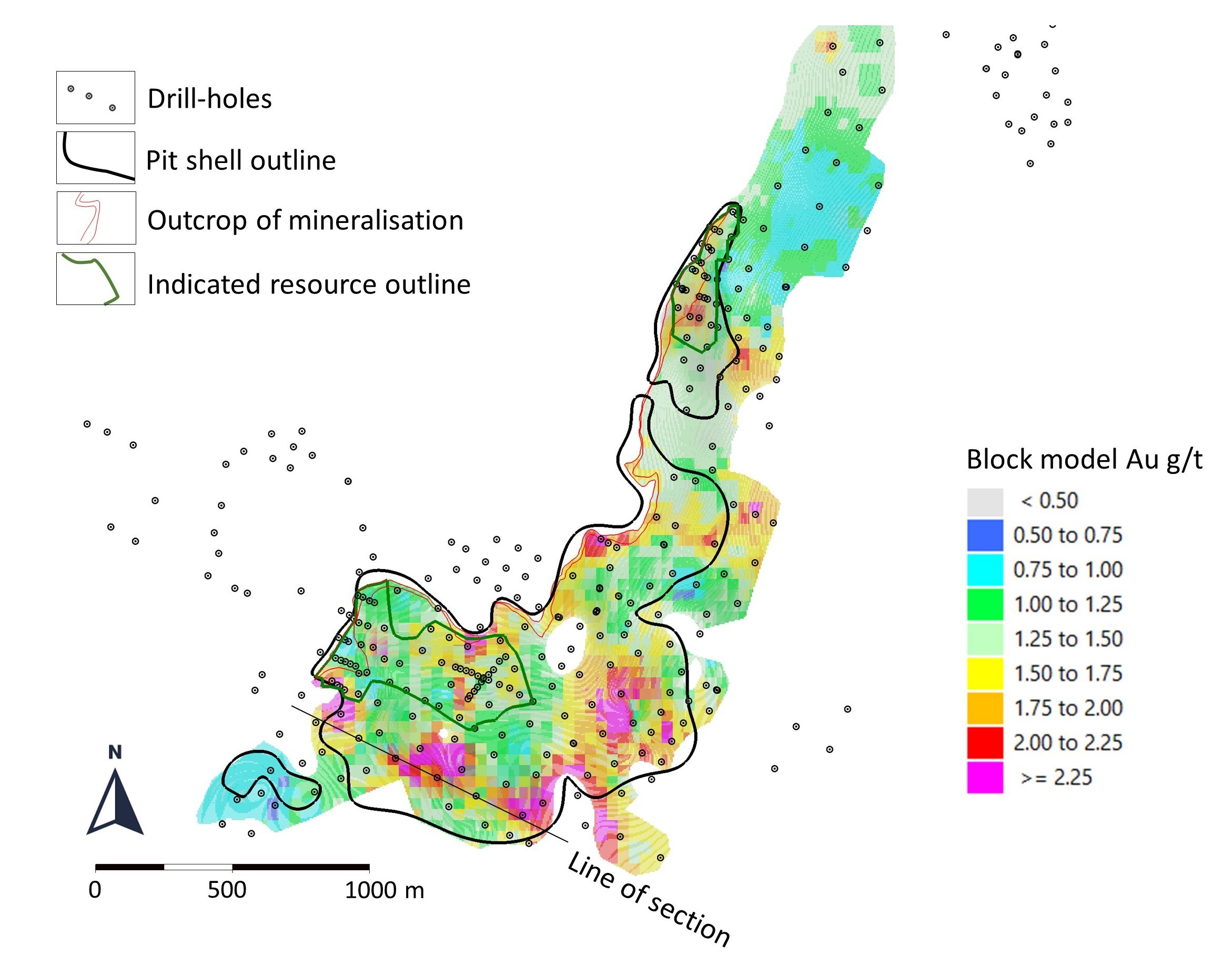 Figure 3. Typical cross-section through Dugbe F along line of section marked on figure 2.

Both deposits are 'open'

Potential to Expand Tuzon: The southern end of 'zone B' at Tuzon is open on strike/plunge (figure 4). The last and southern-most holes drilled into this zone were TDC082 and TDC084 which intersected 131 m grading 1.2 g/t Au and 50 m grading 2.0 g/t respectively[2]. The Company has developed a drilling programme to test the extension of the deposit, along with drilling to infill on the existing resource. 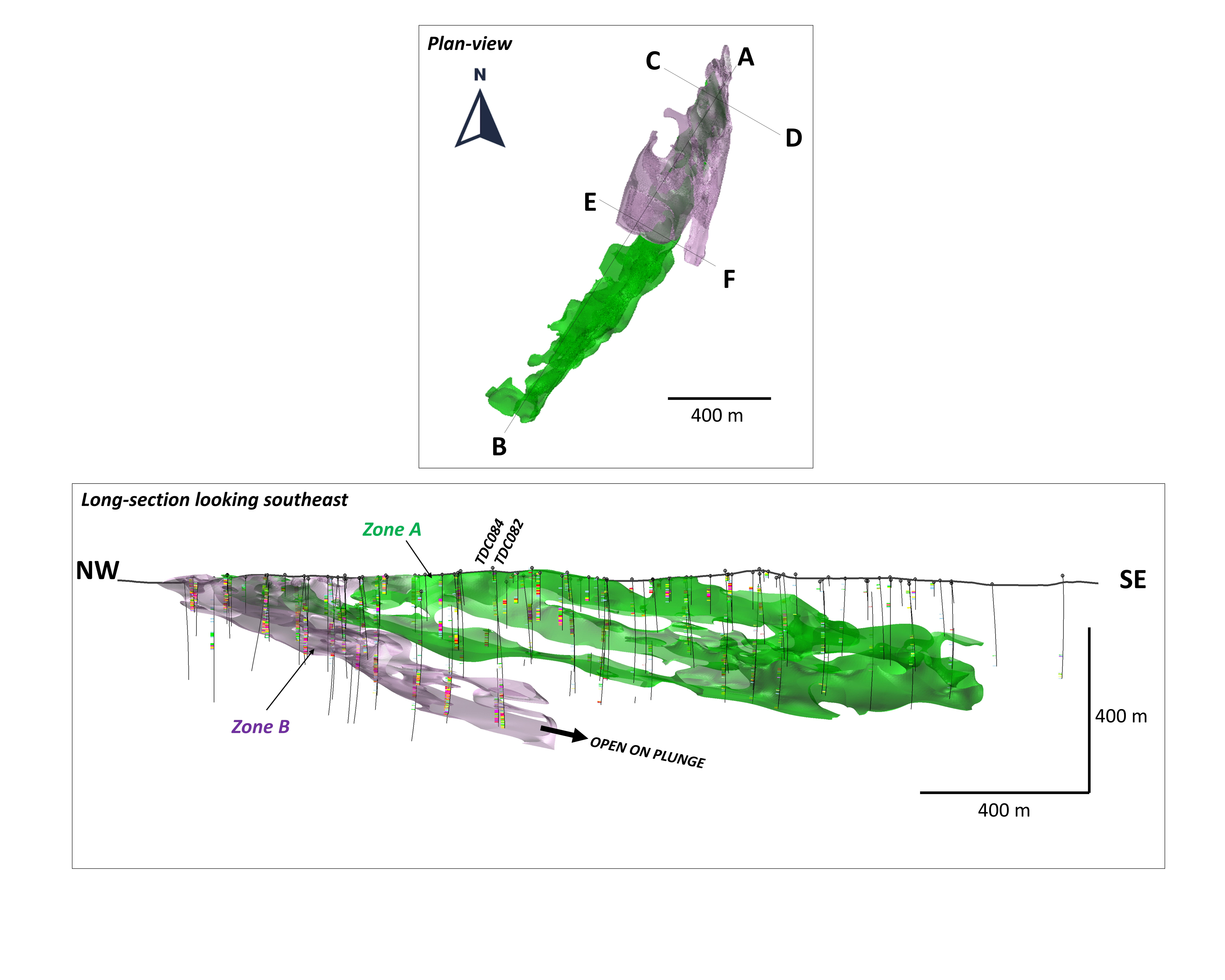 Figure 4. Long section through Tuzon showing zone B open on strike and the position of holes TDC082 and TDC084 referenced in text.

Potential to Expand Dugbe F: At the southern end of the deposit drilling has not adequately 'closed-off' an area of relatively high grade and thickness as intersected by DFDC169 (16.5 m grading 1.53 g/t Au) and DFDC163 (15.8 m grading 1.64 g/t Au) both within 70 m of surface as shown in figure 3. Holes will be drilled to test this area in addition to an infill drilling programme.

The Company plans to test a 'pipeline' of new drilling targets. The project area is large, being up to 90 km wide and with an area of 2,355 km2 (figure 5). Much of the project area appears to be prospective for gold mineralisation; small scale artisanal gold production is widespread. Between 2006 and 2014 Hummingbird collected approximately 1,400 stream sediment samples, 25,000 soil samples and completed 33,600 m of trenching. In addition, 13,274 km of airborne magnetic and radiometric data was acquired. This data reveals a large number of targets yet only Tuzon, Dugbe F and the Sackor target were drill-tested by Hummingbird; other areas were left without being drill-tested by the time Hummingbird ceased work in the area in early 2014. The Company is planning an exploration programme to test these targets beginning with those with existing anomalous gold in trench samples. An initial 4,000 m of drilling has been allocated to this. 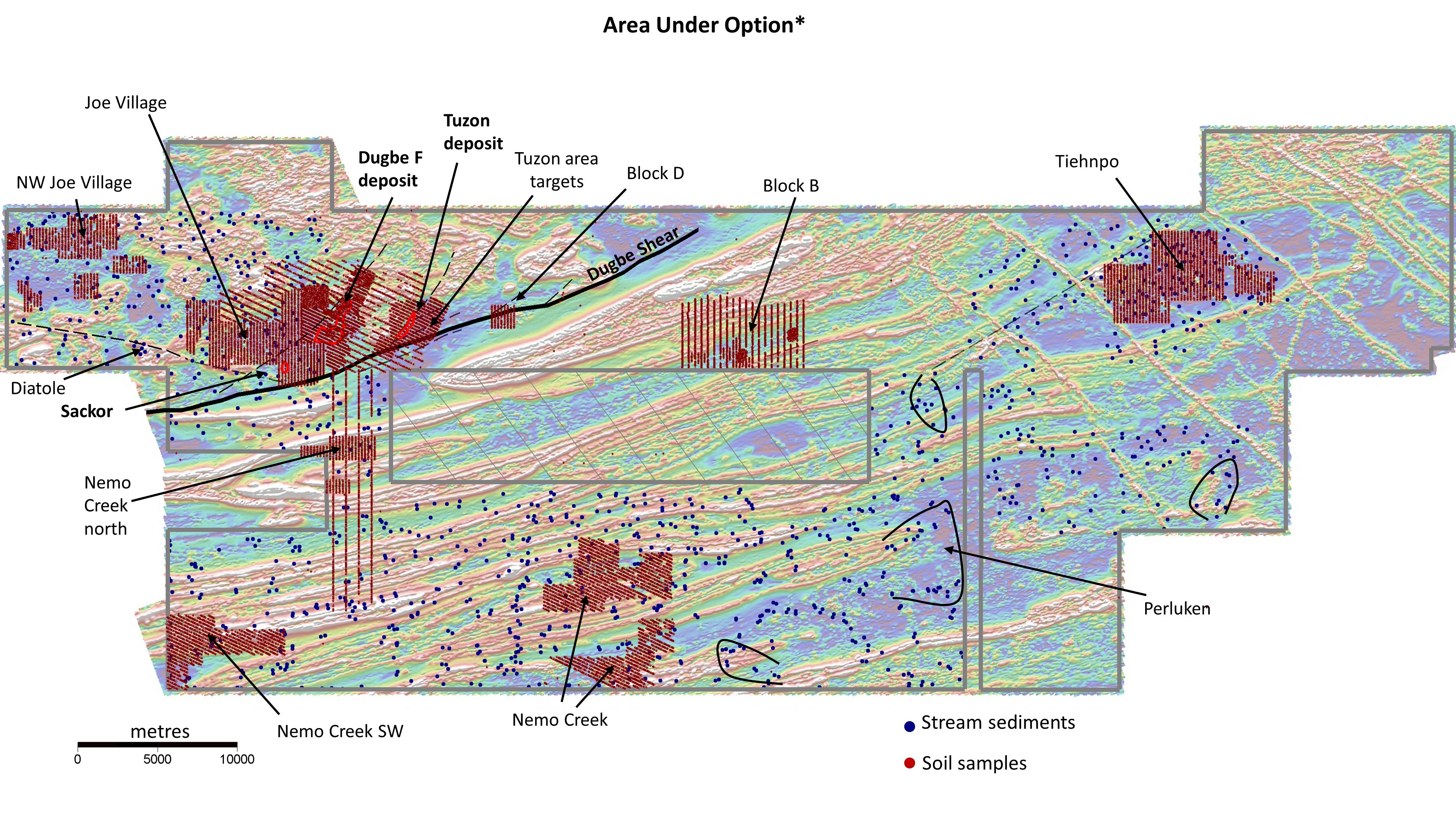 Figure 5. Map of the Project Area showing deposits Hummingbird sampling and some of the targets identified to date over a background of airborne magnetic data. The cross-hatched area central to the area is not part of the project.

At the Sackor target, 15 of the 20 holes drilled intersected gold mineralisation[3]; a selection based on minimum grade and thickness criteria are provided below. Further drilling is required to follow-up on these results.

The Company is finalizing the selection of the lead engineers to complete a feasibility study on the project. This newly announced Mineral Resource estimate for the Tuzon and Dugbe F deposits forms a firm inventory which the Company aims to expand further, to support a study focused on a low operating cost mine producing over 200,000 ounces per annum. The Company plans to complete the study during the second half of 2021.

About the Dugbe Gold Project

The Dugbe Project is located in southern Liberia and situated within 'Birimian' aged rocks which are host to the majority of West African gold deposits. To date two gold deposits have been identified; Dugbe F and Tuzon. The deposits are located within 4 km of the Dugbe Shear Zone which is thought to have played a role in large scale gold mineralisation in the area. The Project comprises an area of 2,355 km2. A large amount of exploration in the area was conducted by Hummingbird between 2006 and 2014 including 74,497 m of diamond coring. 70,700 m of this was at the Dugbe F and Tuzon deposits, discovered by Hummingbird in 2009 and 2011 respectively. To date over $70 million has been spent by Hummingbird on the Project. In 2014 Hummingbird stopped work on the Project focusing instead on their smaller new (at that time) Yanfolila acquisition. No exploration has been carried out since March 2014. Hummingbird have a 100% interest in a Mineral Development Agreement (MDA) which is a Class A mining license and is valid for 25 years thereafter renewable for a further 25 years. The MDA was signed on the 10th of January 2019.

Through its recently announced proposed acquisition of ARX Resources Limited Pasofino will upon completion of such acquisition, have an option to earn a 49% economic interest (net of the Government of Liberia's carried interest) in the Dugbe Gold Project.

This news release contains "forward-looking statements" that are based on expectations, estimates, projections and interpretations as at the date of this news release. Forward-looking statements are frequently characterized by words such as "plan", "expect", "project", "seek", "intend", "believe", "anticipate", "estimate", "suggest", "indicate" and other similar words or statements that certain events or conditions "may" or "will" occur, and include, without limitation, statements regarding the Company's plans with respect to the proposed transaction with ARX, completion of the transactions described herein, the ability to raise the funds to finance its ongoing business activities including the acquisition of mineral projects and the exploration and development of its projects. Such forward-looking statements involve known and unknown risks, uncertainties and other factors which may cause the actual results, performance or achievements of the Company to be materially different from any future results, performance or achievements expressed or implied by such forward-looking statements. Such risks and other factors may include, but are not limited to, the results of exploration activities; the ability of the Company to complete further exploration activities; the ability of the Company to complete transactions on terms announced; timing and availability of external financing on acceptable terms and those risk factors outlined in the Company's Management Discussion and Analysis as filed on SEDAR. The Company does not undertake to update any forward-looking information except in accordance with applicable securities laws.

Nexus Gold is an active exploration and development company building a highly prospective portfolio of gold projects in premier mining districts throughout West Africa and Canada. The Company has consolidated a significant district-scale land position in gold-rich Burkina Faso and also holds strategic land positions in the prolific Red Lake and Bridge River mining camps of Canada. Nexus is led by a proven geological team with discovery success and Sandstorm Gold has taken a... LEARN MORE